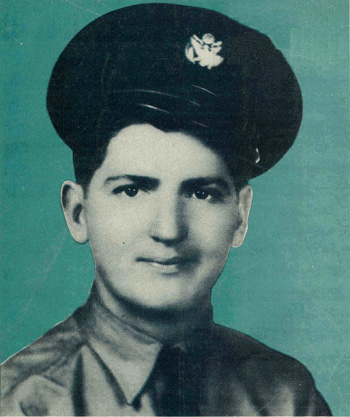 Jack Coe was born in Oklahoma City in 1918, but was abandoned by his parents and raised in an orphanage where he stayed until he was aged 17. He joined the army during World War II, where he experienced a miraculous healing. Thereafter he became a minister and began conducting healing revivals while still a soldier. In early 1944 he was ordained an Assemblies of God minister.

His public ministry
He had a dynamic personality and stage presence and soon won the allegiance of thousands. He rented his first tent in 1947 and was an established evangelist when the healing revival broke in 1947. From then on his influential ministry career enjoyed a meteoric rise to national fame, placing Coe as a serious challenge to Oral Roberts as the popular leader of the revival.

Coe was a powerful preacher. His messages were peppered with humour, presented boldly and dynamic in their effect. Some found him too controversial and impulsive but thousands of people, both black and white, were attracted to his lovable and tender-hearted personality.

But it was his healing ministry that was the main attraction. He would walk down rows of wheelchairs and crutches commanding people to be healed and to walk normally. Not all did, but there were large numbers of afflicted who got out of their wheelchairs, threw their walking aids away, got up off their beds and walked out of the meeting healed. 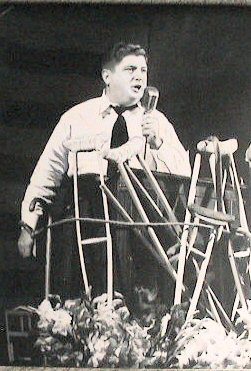 The largest gospel tent in the world.
Coe visited an Oral Roberts’ meeting, measured the Tulsa evangelist's tent, and then ordered one slightly larger. In July 1951, he announced that his tent was the largest gospel tent in the world, seating 22,000 people! Both the Coe and Roberts tents were larger than the Ringling Brothers big top.  Coe’s public statements about his tent could be regarded as tinctured with a little pride.  ‘I bought my present tent to accommodate the crowds attending my meetings. When evangelists make statements about the size of their tent, they could dispel much of the controversy by giving the actual length and width. Then people would not feel that someone was telling a lie or exaggerating. I'm not saying this to belittle or condemn some other evangelist, but many have claimed that we are exaggerating when others beside myself state that they have the world's largest tent. If they do have . . . I praise God for it! If they will write me, telling me the size of their tent . . . I will print this information in my magazine, admitting that mine is only the second or third largest.'

Jack Coe’s magazine
Coe began to publish his own magazine in 1950. It was originally called  the Herald of Healing until 1955 when it was renamed Jack Coe’s International Healing Magazine. The magazine originally listed a number of field editors including—W. V. Grant, Wilbur Ogilvie, Gayle Jackson, Mildred Wicks, Velmer Gardner, Clifton Erickson, and Gordon Lindsay, among others. But soon it became simply the voice of his own ministry.

The magazine published its own mission statement: ‘This magazine is a voice to cause people to see Christ first, and to help them to realize that the fullness of the Gospel-Salvation, Divine Healing, Baptism of the Holy Spirit and the Soon Coming of the Lord is all in the blood of Jesus Christ.’

The Dallas church and the AOG
In 1952 Coe felt led to build an independent congregation in Dallas. But soon church leaders began to struggle with his extreme independence and were embarrassed by some of his methods. Though he enjoyed good relations with the Assemblies of God, the Dallas situation finally caused his expulsion from the Assemblies of God in 1954.

However, he was able to raise $ 50,000 in six months to complete the new  church building and move from the rented theatre where the church initially met.  In 1954, the Dallas Revival Centre was opened with a gala celebration featuring sermons by leading revival figures such as O. L. Jaggers, A. A. Allen, Gayle Jackson, W. V. Grant, Mildred Wicks, and the new leader of the Full Gospel Business Men's Fellowship International, Demos Shakarian. Within two years, it was one of the largest churches in Dallas. 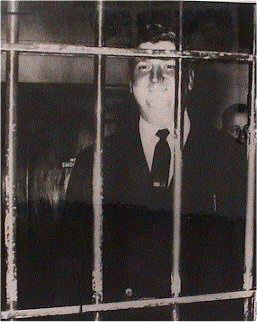 Events of 1956
There were two events in 1956 that seriously affected the Healing Revival. In February, while preaching in Miami, Florida, Coe was charged with practicing medicine without a license.

In a 1955 revival service in Miami, Florida Coe had told the parents of a three year old boy that he healed their son who had polio.  Coe then told the parents to remove the boy's leg braces.  However, their son was not cured of polio and removing the braces left the boy in constant pain. As a result, Coe was arrested and charged on February 6, 1956 with practicing medicine without a license, a felony in the state of Florida.

He was jailed and released on $5,000 bail. Coe appealed to evangelists all over the world to come to Miami to testify in his defence. Many came to take the witness stand, most notably Gordon Lindsay, Raymond T. Richey, Gayle Jackson and Richard Vinyard. After a two-day trial the judge ruled that he could not "condemn the defendant or anyone who in good faith advocates and practices Divine Healing" and dismissed the case.

The trial received national publicity bringing the healing revival to the attention of America. Coe maintained that the trial was the result of a conspiracy between atheists, newsmen and the Churches of Christ, whose ministers were among his main accusers. Their opposition represented the general feeling of many evangelical leaders across the nation.  Some thought that the claim of divine healing was a threat to public health. Others had theological objections.

In December came the greatest shock in the history of the burgeoning healing revival. While preaching in Hot Springs, Arkansas, Coe became critically ill. Like all the itinerant healing evangelists he ran a tortuous schedule and had been careless of his health. He had long been badly overweight. At first people concluded it was sheer exhaustion but then his disease was diagnosed as polio. Of all the early evangelists, Coe was the most outspoken against medical treatment but he gave his wife permission to admit him to the hospital, to satisfy her own conscience. Coe himself, having conducted his life as a race against time, seemed to feel that his time for heaven was approaching.

Juanita Coe continued the ministry that her husband had started. She was an able person; she had played a public role in the ministry from the beginning. Attractive and articulate, she served as assistant pastor of the Dallas Revival Center. She continued for a time to conduct healing campaigns, but she directed her energies to the support of foreign missions and the development of her children's home, which now sheltered sixty boys and girls. She also continued to publish the International Healing magazine for some years.