HEALING IN THE ACTS AND NEW TESTAMENT LETTERS 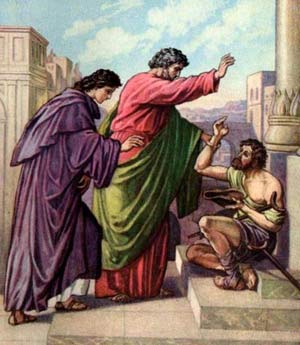 The following notes are taken from John Wimber’s Conference notes given at the Signs and Wonders conference held in London in 1984. They present the healings of the New Testament in the wider context of ‘Signs and Wonders in the Gospels, Acts and Letters.’ Wimber’s passion was that signs and wonders, including healing, should occur in the church as a sign to unbelievers and an aid to their faith and conversion.

The Book of Acts is basically broken up into six sections. Each of the sections takes us a step further, from Jerusalem to Rome, in fulfillment of Acts 1:8. The Spirit's ministry starts in Jerusalem, moves to Judea and Samaria, among Gentiles, then to Asia, Europe, and finally to Rome. It is a story of the people of God empowered by the Holy Spirit to bring the Rule of God into Satan's domain. Luke is the theologian of the Holy Spirit in the New Testament, and he wants his readers, then and now, to understand that it is the empowering Spirit of God who moves the Church beyond her own boundaries to risk doing and becoming what God desires. The Holy Spirit is basic to understanding the growth of the Church in Acts.

POWER EVANGELISM - THE BOOK OF ACTS

Let us look now to the text of Acts to see if Luke has left us any pattern indicating how God acts. What I see here is what we call Power Evangelism. Luke (Acts 1) begins by telling us that this is a companion volume to his Gospel, in which he dealt with all that Jesus began to do and teach. The emphasis seems to be that Luke now continues the story of Jesus' doing and teaching through his disciples whom he empowered by the Holy Spirit (see v. 5). The disciples still somewhat misread him concerning the Kingdom as verses 6-7 shows. The key to the progress of Acts is in Chapter 1:8. Then Jesus ascends, leaving them with the promise of his return.

Luke begins by seeming to contrast the unempowered group before Pentecost with the empowered group after Pentecost. This group in chapter 1 is still doing things according to the Old Testament pattern. Notice that in their choice of one to take the place of Judas they cast lots, recalling the Urim and Thummim of the Old Testament by which God's will was decided. After the Spirit came, when someone needed to be chosen none of this occurred (see 6:1-6). The full details of the Spirit's coming are spelled out in chapter 2.

There are at least ten kinds of sign phenomena occurring in the Book of Acts which result in evangelistic growth of the Church. They are listed here:

These occur four times (three in which the Church grows

There are four instances recorded.

There is one recorded between Paul and Elymas at 13:4ff. The result - the proconsul believed.

There are two resuscitations recorded.

There are seven recorded.

These occur nine times, and are the most frequent. Luke refers to them (at 2:22) and records that they are the things which Jesus did when with the disciples. These would include healing, expelling of demons, miracles with nature and food, raising the dead, being transported from one place to another.

There are three recorded. 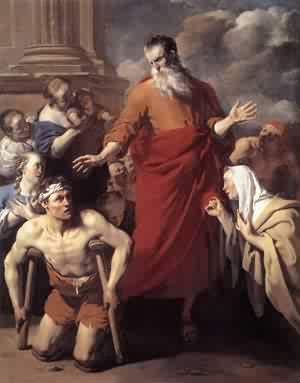 There are at least two significant observations which need to be made: 1) There are twenty occasions when church growth is directly related to Signs and Wonders. 2) Only once is church growth attributed to preaching alone.

It seems clear from this survey of Acts that Signs and Wonders played a vital and integral part in the spread of the gospel. Has this stopped being the case? Surely not! The Holy Spirit still seeks to become involved in a similar way in churches today, as he has sought to do down through the centuries, so that the spread of the gospel might be accelerated.

The New Testament pages are full of the miracles which occurred in the ministry of Jesus and the disciples. There are, however, four instances of men who appear to have not received healing. No reason or purpose is mentioned for their lack of healing, with the possible exception of Paul (Galatians 4:13 - 16).


3) Epaphroditus was ill and almost died (Philippians 2:25-30)—God had mercy, but does this mean he was healed?


4) Timothy who was advised by Paul to take some wine for his stomach and frequent ailments (1 Timothy 5:23).
There is one more often disputed text concerning Paul himself—he writes about his "thorn in the flesh" at 2 Corinthians 12:7-10. This text is usually combined with the Galatians text (4:13-15) to suggest that the "thorn" was a physical ailment for which Paul never received a healing. The context, however, in which this appears seems to indicate that his "thorn" was opposition from others (cf. v. 10). Nevertheless, this whole area needs further investigation and clarification.

In addition to Wimber’s observations above there are other places in the New Tesatment where miraculous signs, which include healings, occur:

Rom 15:18-19  I will not venture to speak of anything except what Christ has accomplished through me in leading the Gentiles to obey God by what I have said and done — by the power of signs and miracles, through the power of the Spirit. So from Jerusalem all the way round to Illyricum, I have fully proclaimed the gospel of Christ.

1 Cor 12:29-31 Are all apostles? Are all prophets? Are all teachers? Do all work miracles? Do all have gifts of healing? Do all speak in tongues? Do all interpret? But eagerly desire the greater gifts. And now I will show you the most excellent way.

2 Cor 12:12 The things that mark an apostle — signs, wonders and miracles — were done among you with great perseverance.

Heb 2:3-4 This salvation, which was first announced by the Lord, was confirmed to us by those who heard him. God also testified to it by signs, wonders and various miracles, and gifts of the Holy Spirit distributed according to his will.

James 5:14-15 Is any one of you sick? He should call the elders of the church to pray over him and anoint him with oil in the name of the Lord. And the prayer offered in faith will make the sick person well; the Lord will raise him up. If he has sinned, he will be forgiven.